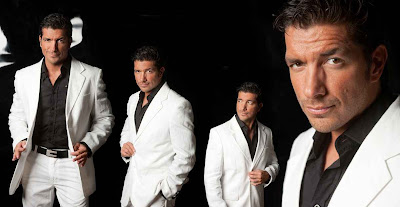 Paulo Quevedo is well-known for his portrayal of villains in Spanish language soap operas, movies and TV Series. He is currently starring in the Univision Telenovela  (Soap Opera) titled “Pecadora” (Sinner) and has been a guest host on Univision’s morning show “Despierta America” and entertainment TV show “El Gordo y La Flaca”.

Paulo Quevedo started his professional career as a musician in 1997 when he joined the music group Tierra Cero, and a year later he became a member of "Kairo".  Paulo Quevedo also modeled for numerous clothing companies.

“I am honored to participate in USA Network’s Burn Notice such a high rated TV Series for the general market. Acting is my passion and this is a great opportunity for me to cross-over to the English speaking market and I look forward to star in more of these shows in the near future.” said actor Paulo Quevedo.

About Burn Notice
This summer, USA Network presents the fourth season of Burn Notice, a sexy, action-packed original series starring Jeffrey Donovan as Michael Westen, a blacklisted spy. After coming face to face with the group of people that burned him, Michael must figure out his next move. All while staying ahead of anyone else that may have him in their crosshairs. In the meantime, he continues to use his unique skills and training to help people in desperate need of assistance.Burn Notice also stars Gabrielle Anwar as Fiona, a beautiful ex-IRA operative who happens to be Westen’s ex-girlfriend. Bruce Campbell stars as Sam, Michael’s closest buddy in town. Sam is a washed up military intelligence contact who is an expert in tactical analysis, cutting through red tape, and finding the quickest route to a cold Mojito. Also starring is Emmy® Award-winner Sharon Gless as Madeline, Michael’s hypochondriac mother, who couldn’t be happier to have her boy back in town. Created and written by Matt Nix, Burn Notice combines intense action/thriller elements with surprising humor to create an iconic new breed of spy.
Burn Notice, the hottest show on cable, returns for its fourth season with all new episodes Thursdays at 9/8C.